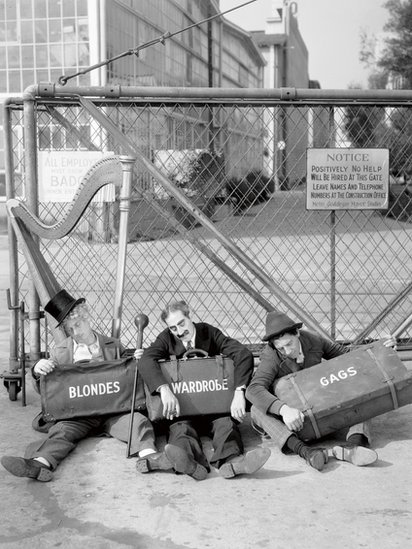 Welcome to Dériving Me Backwards. The final shape of which will be determined by the interaction of a number of elements; chiefly a magpie randomness and attraction to the shiny and Pop (not necessarily an abbreviation of 'popular' more the third part of 'Snap, Crackle and...') combined with a certain amount of Situationist, Magickal, Hauntological and Psychogeographic concerns. I'm intending to combine absurdist and post-modern attitudes and skim the surface of pretension with agility and style. Probably.

I'd like this to be a collaborative and inclusive forum, a kind of idea-space.

Ultimately we could create a blog that utilises our own uniquenesses combined and individually.
We should suggest parameters which would create a set of possibilities which could combine and evolve uniquely at each post.
Lets create parameters, set them off, and see what happens.
My suggestion would be to use randomisers such as Eno's Oblique strategies. http://www.eno-web.co.uk/oblique/oblique.html Tarot, I -Ching or even simply random Google searches to create random input.
The poststructuralist thinkers Deleuze and Guattari in A Thousand Plateaus 1980 introduces the idea of the rhizome, a structure in which hierarchy is abandoned in favour a free motion and play without any set points of singularity.
Could we embrace a rhizomatic structure in this blog that denies fixed points entirely, taking a viewpoint of absolute flux ?
I'm excited to see how this thing evolves and welcome followers, comments and suggestions for content, only asking that we all play nicely.
To begin with a beginning - here are a few possible tropes we might explore and a non-list of things that are holding my attention at this fixed point in time as well as a deconstruction of the title of this blog.

PSYCHOGEOGRAPHY
describes a form of writing in which the nature of a place is captured via the experience of moving through it according to logics other than those it was designed for— a concept known in the original Situationist conception as the dérive. Its most common technique under Iain Sinclair is the walking tour, in which the physical experience of walking through an urban space provides the narrative frame for an exploration of its history and future.

DERIVE
In psychogeography, a dérive is an unplanned journey through a landscape, usually urban, on which the subtle aesthetic contours of the surrounding architecture and geography subconsciously direct the travellers, with the ultimate goal of encountering an entirely new and authentic experience. Situationist theorist Guy Debord defines the dérive as "a mode of experimental behavior linked to the conditions of urban society: a technique of rapid passage through varied ambiances." He also notes that "the term also designates a specific uninterrupted period of dériving." The term is literally translated into English as drift
http://en.wikipedia.org/wiki/D%C3%A9rive

The idea suggests that the present exists only with respect to the past, and that society after the end of history will begin to orient itself towards ideas and aesthetics that are thought of as rustic, bizarre or "old-timey"; that is, towards the "ghost" of the past. Derrida holds that because of this intellectual realignment, the end of history will be unsatisfactory and untenable.
MAGIC
As in close-up card magic, sleight of hand effects etc. Not large stage illusions or the real stuff which I shall pretentiously refer to as -
MAGICK
This will include my interest in Tarot, astrology, numerology and other divinatory/focusing disciplines as well as stuff like Chaos Magick, ritual and sigils etc.
DOCTOR WHO
I could go on about this show at length and probably will.

PROJECTS
I'm at the note-making and idea simmering stage of writing a book which I'd like to follow in the tradition of the classic 'gateway to otherness' works  of childrens' literature ( Carrol, Lewis, Barrie etc.) Here are a few of the concepts -
The gate which the protagonists discover, their 'looking glass' or 'wardrobe' if you like, through which they enter the 'other' world of the Imaginary is ‘The Magic Theatre’ which appears on a street near you only when it’s needed. It being the part of the Imaginary which is closest to reality and thus able to poke through.
The initial quest is to find a map but when they do they discover it is blank.
The map is not the territory - as the protagonists explore the world they are mapping it but maybe come to realise they are also creating it. A map that is as big as the world is the world.
Travelling through a series of framing devices.
The story is trapped inside the book and the book is trapped inside the story
Each chapter finds the protagonists passing through layers of fiction each layer being less ‘real’ than the last.
Until you get to where?
Pure thought?
‘Sleepwalking’ is the route through one of the quests. Not in a dream but actually functioning physically while asleep. How would that work?
It's a story about the death of the childhood dream-world itself or the prevention of that death. Can it be prevented? Or must it just be postponed? To survive it must be inhabited, lived in fact. (Or in fiction). Maybe somehow linking it to reality, which is what the travelling 'magic-theatre' people do, but what is destroying it?
Something is stripping away the artifice
"What happens when the story’s over? Does it go on without me? Or is it the other way round?"
Each of the worlds communicate with the other worlds by books. They read about characters as they move closer to their reality, through books (or other written media).
Any thoughts or suggestions please feel free to comment.